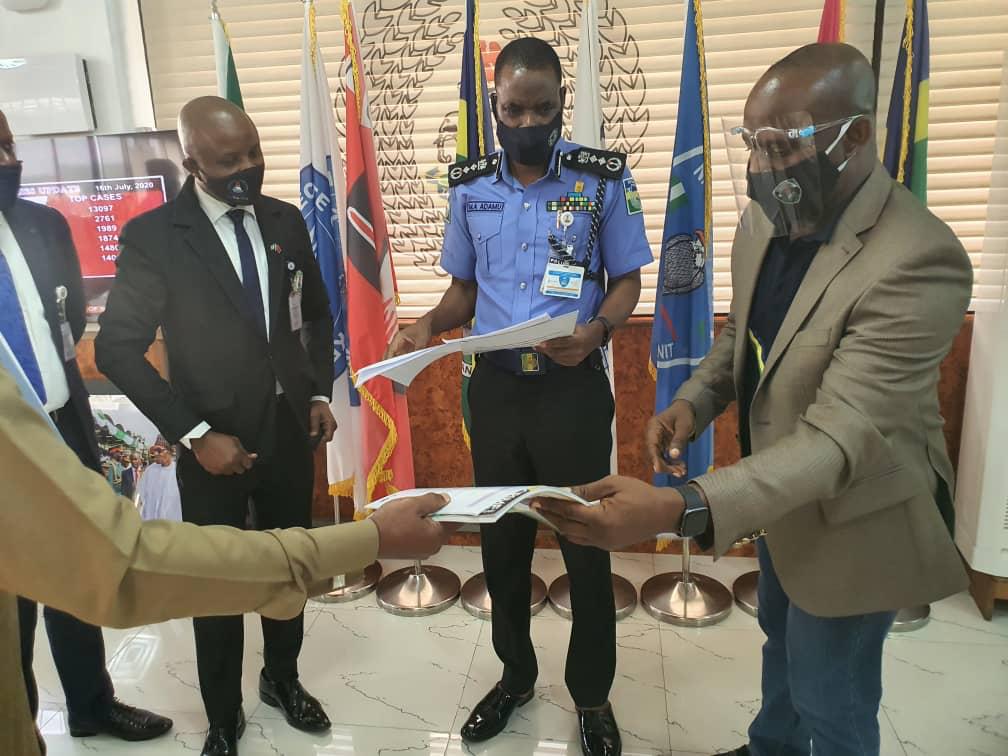 In line with Nigeria police force ongoing nationwide campaign against cultism and other vices, the Inspector General of Police IGP Mohammed Abubakar Adamu has directed the domestication of the POCACOV program in all the states of the federation.

IGP Adamu gave this directive after the National coordinator of Police Campaign Against Cultism and other Vices, Csp Ebere Amaraizu, and other officials of POCACOV submitted copies of Spatio Temporal Analysis of cultism in some parts of the country which was prepared by the IGP MA ADAMU POCACOV resource Centre Enugu. The Police Boss was equally decorated with the branded POCACOV T=Shirt with the number POCACOV 1, during the presentation.

Recall that the Police Campaign Against Cultism and Other Vices (POCACOV) is an initiative that is aimed at saving our youths from the claws of cultism and other vices through advocacy, awareness creation, sensitization and re-orientation, and School and community outreaches, amongst others.

The programme is informed, firstly, by the realization that there is a correlation between cultism and other violent crimes involving our youth population. Secondly, is that deep-rooted and socially-driven crimes like cultism are best mitigated through a strategy that is premised on community policing practices which encourages building partnerships towards addressing delinquencies that threaten our communal values.

As a campaign anchored on the principles of community policing the IGP is of the strong view that all states of the federation should embrace the program and domesticate it in view of the overall security of the nation.

He urged POCACOV leadership to reach out to state Governors and other political leaders to commence the state to a state campaign.

The IGP equally invite our youths, transporters, artisans, faith-based and community-based organizations, traditional Rulers, youths groups, students, market organizations, sister security agencies, the media, development partners and indeed, all well-meaning Nigerians to join forces with the Police and support the campaign in order to save Nigerian Youths from the claws of cultism and other vices and for a safe and secured nation.

Other members of the POCACOV leadership during the presentation and decoration at the force headquarters included the force public relations officer Dcp Frank Mba, PROVOST Police Institute of Public Relations, Cp Emmanuel CS Ojukwu (Rtd), consultant to the IGP on media and POCACOV partner, Shina Philips who also is the president of matchmakers consult international, Mr. Akin Emmanuel the lead consultant POCACOV and Onuora Aninwobodo the POCACOV media officer.