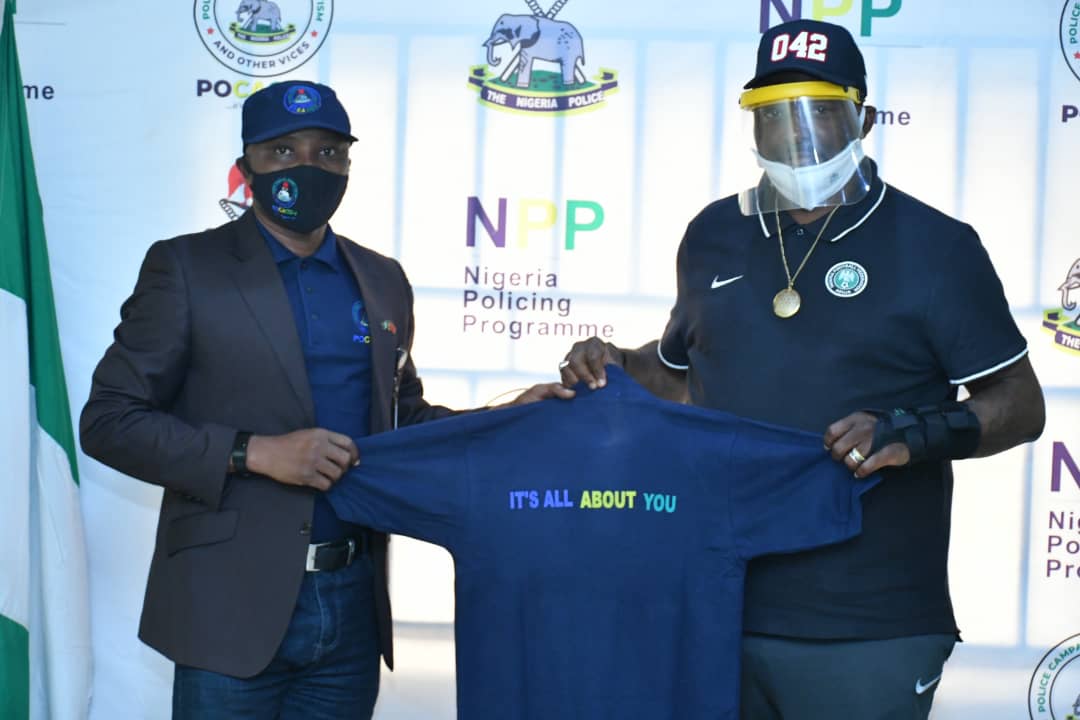 As the Police Campaign Against Cultism and Other Vices (POCACOV) intensifies across the country, the initiative has decorated an ex Super Eagles footballer, Chikelue Iloenyosi as one of its Ambassadors.

At the unveiling ceremony at the IGP M.A. Adamu Resources Centre, Enugu, the National Coordinator of POCACOV, CSP Amaraizu described Iloenyosi as an upright man that has over the time, stood against injustice.

Amaraizu hinted that the use of notable actors, actresses, artistes as Ambassadors to influence our youths in this campaign amongst other things is one of the programs of POCACOV aimed at reducing the incidence of Cultism and other Vices in Nigeria through sensitization, awareness creation, advocacy, mentoring and reorientation.

Amaraizu enjoined the members of 042 Football Legends Association that came with Mr. Chikelue (their BOT Chairman to witness the event) to be one of the vanguards in the spread of the messages of POCACOV.

In his reaction, Mr. Iloenyosi who’s also an ambassador of INTERPOL thanked the National coordinator of POCACOV for the honour of deeming him worthy to be one of the ambassadors of the initiative stressing that he has no doubt in the capacity of the National Coordinator.

He also applauded the Inspector General of Police for the initiative stating that POCACOV is the game changer in correcting the vices in the society.

POCACOV is an initiative of the Inspector General of police, IGP Mohammed Abubakar Adamu, Npm, mni, aimed at saving Nigerian youth from the claws of cultism, associated violence and other vices and getting those involved back into the society by de-radicalizing them through reorientation, which will further make them better citizen and be able to contribute their quota towards the growth and development of the nation.

POCACOV has a unique characteristics anchored on the fact that it is community driven and in tandem with the tenets of community oriented policing thus; cut across all relevant stake holders.