POCACOV IN MY SCHOOL, A VERITABLE ACTIVITY FOR SAFER SCHOOL AND VALUE REORIENTATION—NATIONAL COORDINATOR POCACOV

POCACOV IN MY SCHOOL, A VERITABLE ACTIVITY FOR SAFER SCHOOL AND VALUE REORIENTATION—NATIONAL COORDINATOR POCACOV 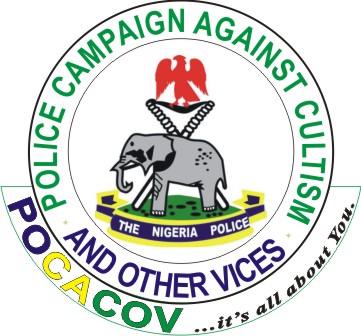 The National Coordinator Police Campaign Against Cultism and Other Vices (POCACOV) CSP Ebere Amaraizu has restated the commitment of POCACOV to deepen the POCACOV in My School activity which is a community-based crime prevention measure for safer school as well as value reorientation.

According to the National Coordinator Pocacov, POCACOV in my Family is an activity that has POCACOV Fan Club as its element and is usually coordinated by the school-appointed teacher. The Community-driven activity usually helps to bridge the gap between the Parents, Teachers, and Students and offers a platform for sharing of information that can be turned into intelligence against Cultism, Bullying, Substance and Drug Abuse, and other Vices in a given school.

Pocacov has since identified Bullying as one of the major factors of young minds’ involvement in Cultism, Substance and Drug Abuse amongst other vices hence full-scale participation by stakeholders and multi agencies for problem-solving. When there is proper utilization of the instrumentality of the POCACOV in My School, accountability will be strengthened in our school and thus enhancing effective and efficient supervision of school children in schools.

Strengthening of school accountability mechanism system through the activities of POCACOV FAN Club of POCACOV in my school will not only assist in the building of intelligence network in our school but assist in exposing any malady and vices before they are hatched for problem-solving.

The National Coordinator however expressed concern on the incident at DOWEN School and raised alarm for all stakeholders and multi Agencies to join hands with POCACOV to raise awareness towards a process that will end bullying in our schools as many students are frightened, traumatized, injured, and also with huge attendants psychological disturbance due to the activities of the perpetrators of this bullying which in turn affects child educational development as well as making them join a cult and violent groups.